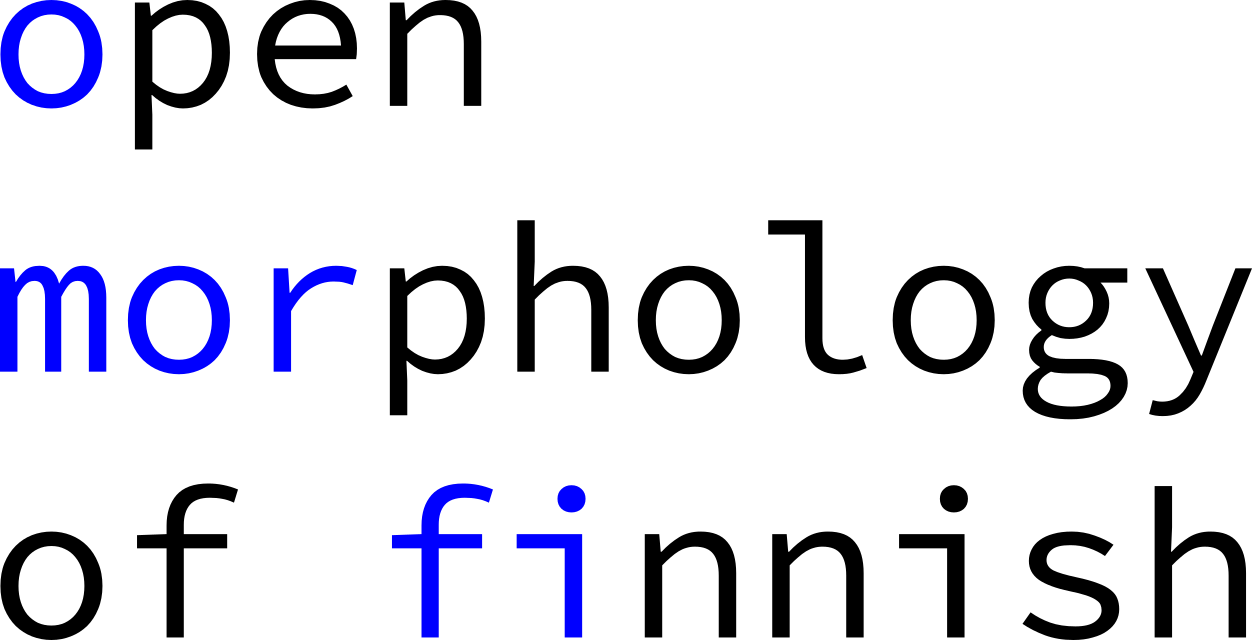 Omorfi is a free and open source project containing various tools and data for natural language processing of Finnish based on knowledge driven paradigm. Some of the potential use cases it may be suitable for are:

The main components of this repository are:

The fileformats we produce are (links to free open source implementations included):

The most recent version of this documentation is online on github pages at https://flammie.github.io/omorfi/ (should be this page).

We also have generated documentation for some aspects of database, such as paradigms or noteworthy words:

Some notes about design and development

If you want to discuss about omorfi in Finnish or English, the IRC channels #omorfi and #hfst on Freenode are available for immediate chats (Freenode webchat here). The google group discussion list omorfi-devel@groups.google.com (Google groups web interface here) can also be used, it may require subscription but is very low volume. Suggestions, bug reports, corrections and new lexical data can be sent using github’s omorfi issue tracker. Pull requests are accepted.

If omorfi doesn’t suit your needs, you may want to try other similar products: suomi-malaga of voikko fame is another morphological analyser of Finnish. Grammatical Framework also has NLP components for Finnish, and it’s written in haskell. For modern neural network approaches, see TurkuNLP and their parsers

If you want to use commercial products, there are surely some available somewhere.